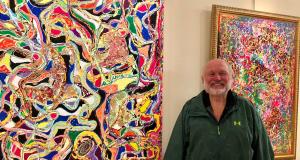 featuring the work of WT STEWART 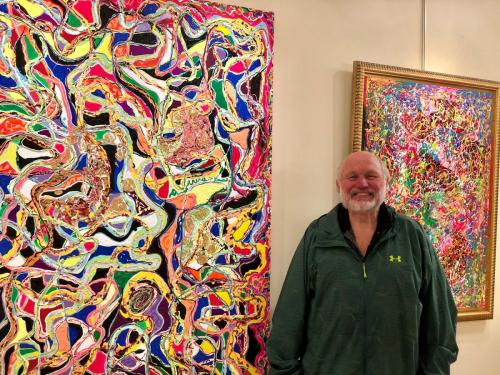 It seems as though I have always been fascinated by faraway places and wondered if I were able to visit them one day.  Perhaps it was interest in stamp collecting when I was very young that piqued my curiosity, trying to understand the strange writings, unusual colors, and a host of unanswered questions.  By the time I was in the tenth grade, I had already driven across the U.S. two times, and in the 50’s, that was a real adventure.

After High School, I had the opportunity to go to the University of Maryland and join their wrestling team, but first I had to successfully attend their summer school program.  I was just too restless for the rigors of study and social compliance, so I gathered $10 worth of pennies, played penny-ante poker on occasions with my parents, and successfully hitchhiked to California, with Hawaii as my ultimate goal.  Going to Hawaii back in 1961 at 18 was a big deal.

My adult children insisted I include the following story.  I was somewhat reluctant, but agreed: After working two months at a furniture delivery department in Southern California at my sister’s house, I saved enough money for a one-way ticket from San Francisco to Hawaii.  I sailed on the President Cleveland, a refurbished World War II troop transport ship.  I was in the bunk bed area- any lower in the ship, I would be sleeping in sea water.  On my skimpy budget I had to hitchhike to San Francisco.

I could write a book about my adventure in Hawaii but this is supposed to be a short bio, but as things turned out, I was one of the young surfers/beach urchins hanging out on Oahu looking for adventure and good surf, which happened often, especially when Elvis Presley visited Hawaii for the filming of Blue Hawaii in 1961.  Fate would soon join us together.

The excitement was truly electrifying when Elvis finally landed by helicopter on Waikiki Beach, in front of the Royal Hawaiian Hotel.  A mob of excited young women, curious onlookers, the press, and one gutsy knuckle-headed 18-year old surfer- me.  I quickly ran up to him, grabbed his hat off his head.  Elvis said in a very calm voice, “Hay boy what-a-ya doing?”.  I quickly ran down the beach proudly wearing Elvis’ hat, but my triumph was shortly lived when a number of huge Hawaiian cops came running after me.

I knew if they would have caught me, it would have been very unpleasant, so I took off the King’s hat, quickly throwing it back towards the grimacing police and ran as fast as my 18-year old legs would allow.  I went into hiding for a few days, then back to my hangout on Waikiki Beach in front of the Royal Hawaiian Hotel, hoping for the best.

After my 9-month adventure in Hawaii, I hitchhiked back to Maryland, did some surfing on the East Coast, then did a number of hitchhiking trips to California for some great surf then back home to Maryland dreaming of future surfing adventures that inspired me to surf in Mexico, Puerto Rico, Barbados, Peru, Australia and New Zealand and many other locations in my dreams.

My appreciation for art happened slowly throughout the years, highlighted by a very adventurous solo journey around the world for 2 ½ years visiting Hawaii again as I traveled from Fiji, Tonga, Samoa, and a host of other exotic locations.

Eventually I pursued an academic direction studying art at Towson University as a part-time student, but adventure took hold of me, putting off a possible teaching career, I organized archaeological, volcanic climbs, and white water rafting adventures in the wilds of Mexico, Belize, and Guatemala for a number of seasons, which influenced my artistic direction greatly.

It’s hard to sum up very lucky, and fortunate adventures to seventy countries around the world, but I have been blessed for all that has helped develop my artistic style.  I believe my bio is turning into a short story, so I will end now and just say, “Enjoy my art and thank you for attending.”. 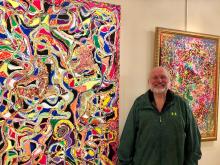 SOLD OUT! Mo-Town Review featuring On The Edge