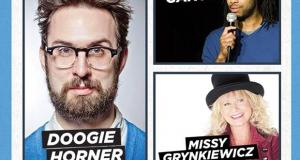 A full bar will be available.

Doogie Horner is a comedian, writer, and artist. He is the author of Some Very Interesting Cats Perhaps You Weren't Aware Of(Workman Publishing Company,) 100 Ghosts (Quirk Books, 2013) and Everything Explained Through Flowcharts (HarperCollins, 2010). His art and writing have appeared in Wired, McSweeney's,Fast Company, Boing Boing, the Believer, the London Times, the Sun, and other publications. His comedy achieved national attention when a video of him taming a hostile crowd on America's Got Talent became a viral sensation. He has designed numerous book covers, including Pride and Prejudice and Zombies and Miss Peregrine's Home for Peculiar Children.

It's hard to say if Sidney Gantt was born to be a comedian, but he was a middle child to a single mother and by the time he was in the 6th grade had already lived in 11 different homes... in the same town. Sidney's chaotic upbringing resulted in an unusual confidence that comes from never knowing what normal looked like. Onstage, Sidney delivers sharply insightful observational humor and revealing stories of his own social irreverence.  Sidney hosts and features at Helium Comedy Club and produces his own Comedy game show, Sidekicks.

SPECIAL GUEST- MISSY GRYNKIEWICZ
Missy Grynkiewicz wants to live in a world where nobody is cranky out loud, menopause is a happy thing, pants are optional, laughter is required, and dogs are in charge.

As a stand up comic who has performed at The Comic Strip, Levity Live, Helium, Greenwich Village Comedy Club, Comedy Cabaret, Comedy Works, Parx Casino, and countless venues up and down the East Coast, Missy’s personable, intimate, and captivating style is winning with a wide range of audiences. Drawing from real life experience, her sharp-witted and ingenious insights into being human are universally appealing.

Missy was the 2013 winner of the LOL at the Grand Opera House competition in Wilmington, Delaware. Signed by Realize Records in 2012, her freshman CD, “Miss Representation,” made the first round Grammy nomination list for funniest comedy album and was picked up by Pandora radio. Her sophomore CD, “Fifty Shades of Earth Day,” is slated for release by in the fall of 2015. 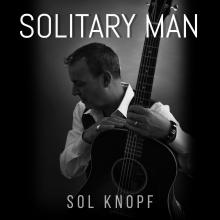