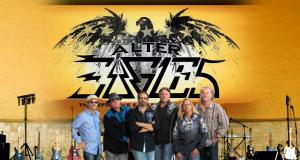 VIP ticket holder cocktail party prior to the show begins at 6pm.

For a decade, The Alter Eagles have been astonishing audiences across the United States with their inspiring tribute to the number one selling band of all time in North America.  Having performed over 1000 shows, making them one of the most prolific tribute acts today, Alter Eagles is comprised of 6 versatile vocalists who each play multiple instruments during the show.  Whether its an outdoor show with 20,000 singing fans or an intimate venue with 100 Friends of the Band Alter Eagles makes every performance exciting and memorable.

Quite simply, we are huge fans of the Eagles and the music they created over the course of their careers.  The Eagles are also, in our estimation, the most successful and compelling US musical group of all time.  Timeless lyrics coupled with the deep tapestry of vocals, intricate instrumental arrangements and unmistakable guitar riffs continue to make the Eagles as relevant and powerful today as they have been for decades.

The Alter Eagles play all of the Eagles classics, as well as songs from the newer albums and solo careers. Desperado, 7 Bridges Road, Heartache Tonight, One of these Nights and of course Hotel California (which boasts Rolling Stones 8th greatest guitar solo ever) are just a few in their repertoire.

Any fan of the Eagles music will recognize the subtle complexities of instruments and vocals paired with exacting harmonies when attending an Alter Eagles event.  We hope to perform the music at our best and for you to hear it LIVE as it was intended to be.

This show is a fundraiser for the Smyrna Opera House.  Doors open 45 minutes prior to showtime.  A bar will be available.

VIP tickets (only 32 available)- SOLD OUT!
-Guaranteed seating directly in front of the stage at tables that seat 4.
-Drink to table service
-Invited to cocktail party prior to the show at 6pm on the 3rd Floor with heavy hors d'oeuvres by Bridgeway Family Restaurant 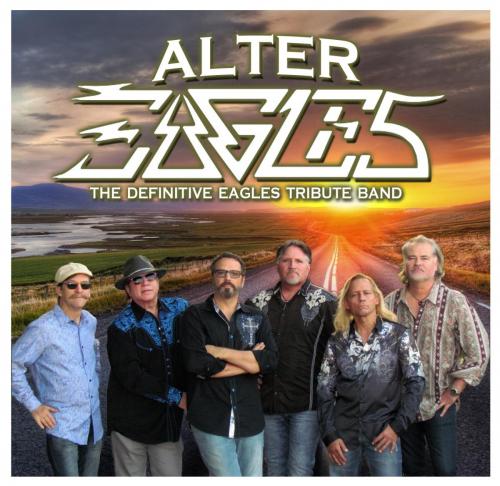 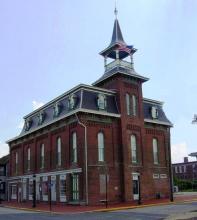