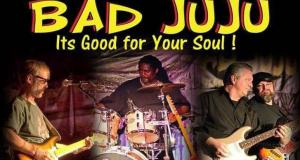 Bad JuJu was formed as a band during the fall of 2008.  Their music is described as a blend of classic old school blues, sometimes with a twist, an edge and maybe even a little soul. Bad JuJu has had the opportunity to open for Chris Duarte, Bryan Lee, Moreland and Arbuckle, Chris O’Leary, Sean Chambers and Albert Castiglia to name a few.  The groups members have changed, evolved, and remain fluid to this day, as a blues collective project which has included more great “Bluesicians” than we could ever begin to count!   That is the beauty of real Blues Music, it isn’t set in stone, and adapts itself to its surroundings.  After all, isn’t that how it all began? 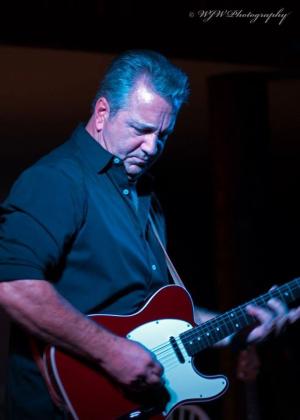 Lin Doughten of Smyrna is one of the lead vocalists and guitarists. Doughten is formally of The Shakers band, Fat Back Blues Band and many other local bands such as The Teletones, and Judy Sings the Blues where he lends his talents to round out their lineup with some real flavor.  If you ask Lin, he will tell you that it’s all about the music and he is glad to be a part of it.  Lin leaves you in a better place each time you are around him. 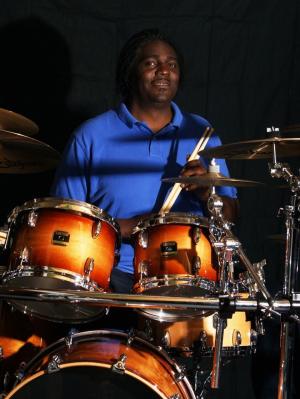 Hailing from Hampton Virginia and having traveled around the world with his Air Force Family is percussionist extraordinaire Michael “Spike” Bryant.  Not only is Michael an impeccable time keeping machine, he is a mentor to students learning the craft, and always there helping other musicians as well.  Spike is one of the most humble people you will ever meet, and a really fine networking genius! 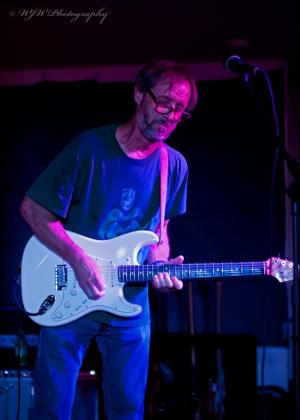 George Dreisbach of Kennett Pennsylvania is one the best secret weapons in the arsenal!  No one can actually say how long George has been playing, or where he actually came from, he just sort of manifested one day and has been reaching out and touching peoples souls since his early days with the Mike Knight Band (which was actually born at an “Open Mic Night” in the Kennett Region).  George also has headed up the house band with David Bromberg for what has become the longest running Blues Jam that we know of in Wilmington.  It began at Polly’s 4W5, and went through several locations, and is still running strong. 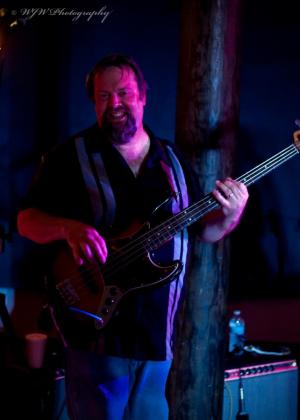 Dover native Kenny Belmont sings back-up vocals and plays bass guitar. Belmont has played throughout the local area for a few years and has had the opportunity to play with the Bad JuJu Blues Band for each and every gig since its inception.  Ken touts himself as the Chief of Double Secret Operations, which is just a cover for being lucky enough to have connected with all of these great musicians, players and people that have come out to see the band and to all of the wonderful supporters of fine events like the 2017 Delmarva Folk Festival, where Bad JuJu will perform its debut unplugged show. 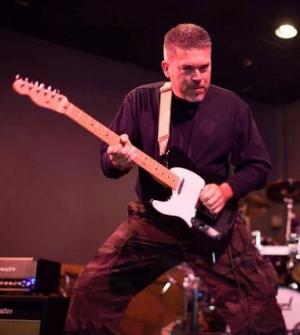 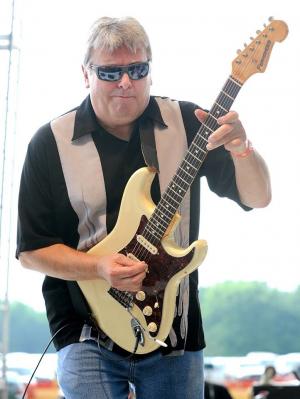 Honorary Lifetime Member Mr. Joey Fulkerson -
Starting on harmonica in second grade while also performing in school chorus, Joey got the music bug at a young age. A tragic skateboard accident at age fourteen led Joey to learn the guitar, starting with his older brother’s hand-me-down hollow-body.  Performing in area night clubs since age seventeen, he developed a reputation for his incendiary playing and wild showmanship. Realizing the potential for a life-long music career, Joey set about learning many styles of music, making him an incredibly versatile musician. Joey says, “I sort of backed into the blues.”  Originally influenced by ZZ Top, The Pat Travers Band, and Lynyrd Skynyrd, he discovered these groups were influenced by the classic blues recordings of Muddy Waters, Albert King, and Robert Johnson. This sent Joey on yet another journey of discovery.  Joey has performed with such bands as Hyde Park, The Cutters, Joey & The Hurricanes, The Drifters, The Coasters, The Platters, The Marvelettes, and most recently toured the world with the legendary Chubby Checker.  In addition to his continuing solo career, Joey’s projects include lead guitarist and vocals for the four-piece blues phenomenon known as Nothin But Trouble, as well as a versatile trio, aptly named The Joey Fulkerson Trio, who cover an impressive range of genres. A believer in giving back to the community, Joey can often be found gracing the stages of local benefits and fundraisers. 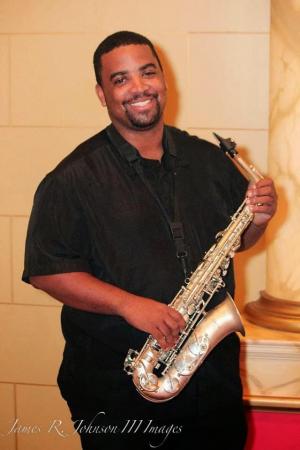 The Tales Behind the Tunes- Sinatra 101 Show